Shaun: Not exactly my department but certain games catch my eye and none more so than the GTA series. Ever since they moved from that top down lunacy to an (almost) fully realised 3D world they set the standard for story telling and immersion. Jump ahead 7 years and GTA 4 floored me with it’s jaw dropping detail and what was initially an annoying driving mechanic which I got used to and now get as “weighted handling”. Virtually all parts of GTAIV was standout, the feel, the grit, the sounds and some spectacular voice acting turned what could have been humdrum, yeah that was kinda fun to “wow, just wow”. You don’t easily forget the experiences as you wade in and get yourself soaked into the life of the protagonist which is all too sad when the story ends because there isn’t that much to do in the amazing looking world when you’re done. OK OK, you can only put so much into a game and when you have that much detail maybe you can’t run for mayor in Liberty City. I always dreamed of a MMORPG kind of GTA experience, loads of people and a finely balanced world where GTA stuff happens all the time… you know what, that is just terrifying.

I do know one thing though, I still play GTAIV and I can’t wait to check out what the guys at Rockstar have for us now in GTAV, from the outset things look good, the engine doesn’t appear that much better so i am going to assume more has been done about interactivity, and that is a good thing.

Gratuitous poster from the release: 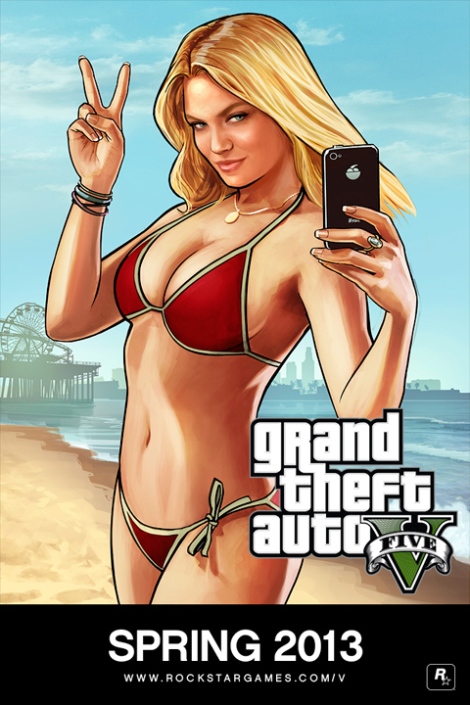