The streets of Copenhagen are the key to the city. Bicycles flood the streets, their riders so suave and relaxed, while people walk their obedient dogs in a city that is so pedestrian and bicycle-friendly that there is hardly a reason to use public transport.

The last time that I was in Copenhagen it was just before Christmas in 2008. My friends and I had no concrete plans and just wandered the city and checked out the Carlsberg Brewery. This time round, my friend and I met in Copenhagen, maps and guides at the ready. With a smartphone it seems that everything is possible. The city is also very smartphone-friendly with free WiFi on almost every corner, which made it even easier to navigate.

Upon arrival in the late evening, the first thing to do was, of course, to sample a Danish hotdog. This typically contains a red hotdog, ketchup, mustard, fried onion, remoulade and slices of pickle. There are many stores selling this treat, but the most widespread is Steffs and can be found all over the city, as well as the airport. It may not be the best, but it sure hits the spot when hunger sets in. 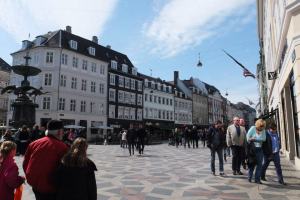 Last time round we spent a lot of time on the Strøget, the main shopping street. It stretches about 1km and is purely a pedestrian street, making it the perfect place to spend those Danish Krones. We did some shopping here but were also interested in checking out the Antique stores around Nørrebro during this trip, and found it to be a wealth of second-hand clothes stores, antique stores and generally a trendy area. Here you can find some great pieces at relatively low prices – we spotted clothes from Missoni and Prada handbags as well as antique (yet functioning) watches from Omega and Tissot.

No trip to a city like Copenhagen would be complete without a bit of a boat tour, so on one of the colder days we headed to Nyhavn and hopped on a boat with a guided tour which took us to the Little Mermaid, Amalienborg Palace and Gammel Strand (The Old Fishermen’s Village), to name a few. 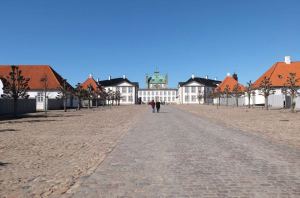 Princess Mary is kind of a big deal back home in Australia because she was just a regular person who just so happened to meet a prince in a pub and now they are married and have 4 kids. In light of this, my Danish friend took us in his car and drove us up north to Fredensborg Palace, the partial residence of the family. Denmark is split into three main islands and Copenhagen is situated on Zealand, with the palace to the north of the island. With about 5km to go, the car decided that it would break down, and so there we were, stranded in the middle of nowhere with cars rushing by. We called roadside assistance and within 5 minutes the tow truck was there and the guy even drove us the rest of the way to the castle. That’s what I call service! 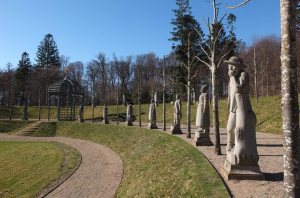 The grounds at Fredensborg Palace: Valley of Norsemen

Fredensborg Palace is situated beautifully on Lake Esrum and has a large garden and park. It was a bit chilly to get into the water, but I imagine that it is the perfect place in the summer for a swim and a picnic. As we were there, we saw a group of boys playing soccer by the lake and having a barbeque. It is a truly idyllic place. No wonder Mary had no problems moving there! 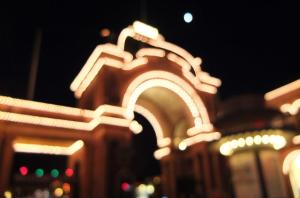 An impression of the main entrance at Tivoli

One place in Copenhagen that deserves a special mention is Tivoli. We didn’t go in due to time restrictions, but it is a lovely place. Tivoli is an amusement park and garden right in the heart of the city and coincidentally, was also right near our hotel. It’s the second oldest amusement park in the world, which adds to its charm. There are themed rides as well as a theatre and a concert hall where many concerts are held throughout the year. Peeking through the fence, it is plain to see that despite its age, the park has also continued to evolve and modernise without losing its sense of tradition.

Where to stay: If you’re on a bit of a budget but don’t want to skimp on hygiene or safety standards, Wake Up Copenhagen is your best choice. There’s great quality free WiFi in every room and it’s clean and the most basic room is still a generous size for two people. Copenhagen is a very walkable city, and this hotel is close to the main station and has a shopping centre right around the corner. So walk a short distance to the hotel, drop off your bags and take a stroll into the city, passing by Tivoli on your way.

Where to get money: I was told by my bank that the best way to get DKK is to go to Denmark and then withdraw it from an ATM. I did it and it worked out well. Just check if your bank has any additional fees because Deutsche Bank did not. Also, though Denmark tends to be on the expensive side, there are plenty of free museums and other activities that you can do. 1000DKK served well for 4 days (not including flights and accommodation) with the help of a bit of budgeting. 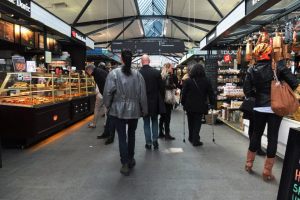 Great find: One place that I’m glad we stumbled upon is Torvehallerne Market. This market is a wonder in itself with culinary delights at every turn, as well as your regular groceries (most likely a bit pricey for normal grocery shopping) and flowers. This is a great place to grab a bite to eat and it was recommended by my friend that we try the duck baguette. I have to say, I did not regret trying it! 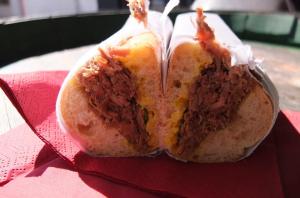