Hi Everyone, the past few weeks have been full of stuff happening. I have been madly playing Grand Theft Auto Online and I just bought Appt 40 in the Eclipse Towers because it’s 9K cheaper than the most expensive apartment and it’s the one with the view of the city rather than the mountains (because I prefer that). If you want to go on a crime spree with a willing partner in crime, my PSN is “Koksters”. Cards against Humanity arrived and we’ve had a bit of a geez at that. The other big item is the Fifteen52 Tarmac wheel which also just arrived at the Kok household, which if you don’t know what that looks like:

I was in the market for a new set of wheels for my car for a while now and I was kinda bored with the usual offerings, great solid offerings from Work, SSR, Rays Engineering and all other stuff cheap/expensive or in between. So when Ken Block decided to use what is arguably the most polarising set of wheels on his mad as a pair of cut snakes Ford Fiesta it set my heart racing and my thoughts combobulating with all sorts of combinations of colour and fitment.

I can spiel forth the virtues of having a cool wheels with little to no regard for trend except to set one, this will mean little to most as it has love it or hate it looks from the golden era of rally. At one stage I was thinking of putting a set on the Toyota 86 (should I have taken delivery) which shows how much commitment I have for the wheel (because that would have been a massive mistake). I haven’t seen this wheel on the street in Australia as yet so here’s to being one of the first.

Without much more diatribe here are the results of our long wait and subsequent taking of delivery and then installation:

This is my best side – MINI 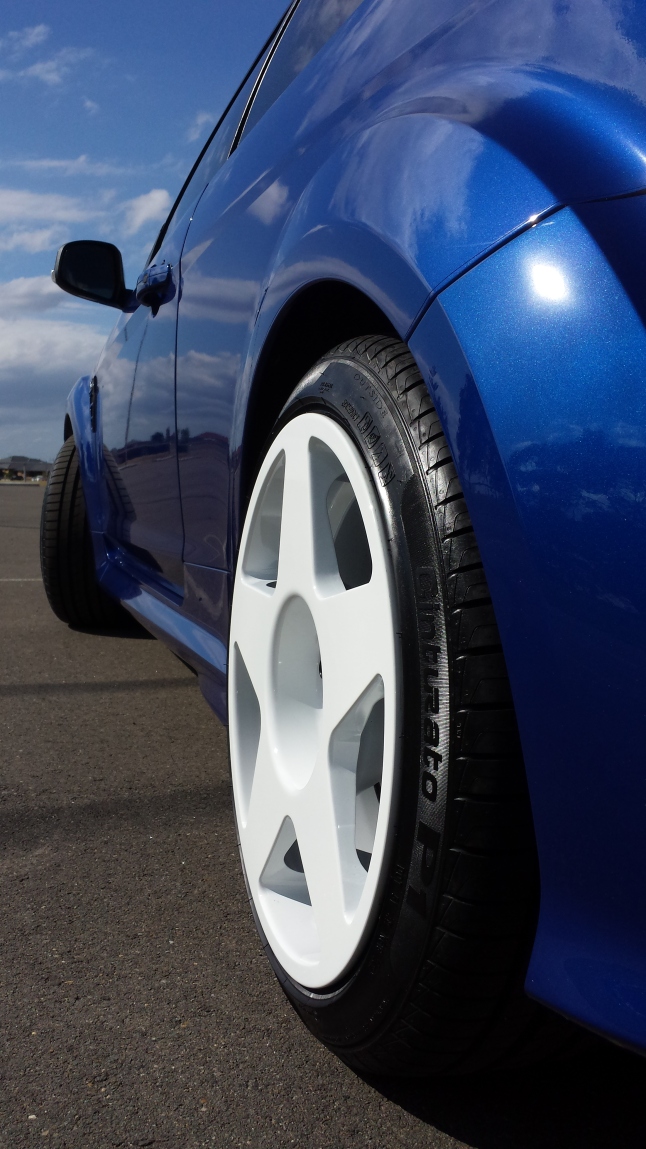 Flat, very flat wheel for more pop when you look at it. The fitment request was “Flush”. With some lows it could be hella flush but I daily drive so that might not be advised. 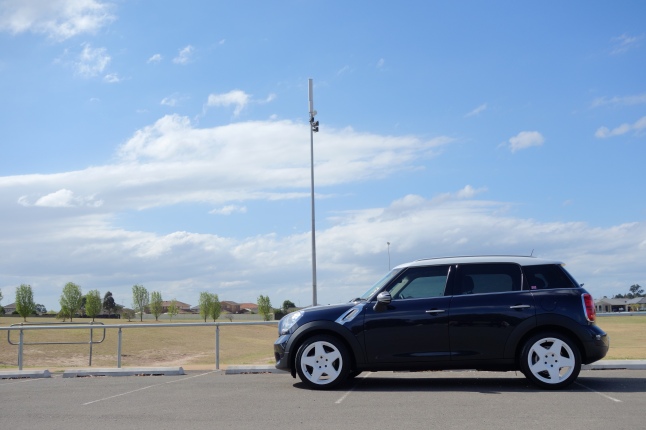 The MINI was the more exciting change as the WRC MINI is a Countryman and this is a little bit of an ode to that with some rally style wheels. The stance is OK at this time. More to come for this ride.

Thanks to Tuner Warehouse for getting the wheels into the country: http://www.tunerwarehouse.com.au/