Ok so if you know me well you will know that to me this is one of the biggest releases all year, yes GTA V is huge but Battlefield 4 has been the talking point for me and my friends since the announcement back in July 2012. 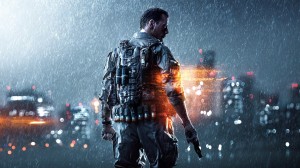 So how has the release been, not as bad as some other titles with most of the guys in my squad over the last 4+ hours its been rather smooth just a few issues with servers or some load-out issues weapons not spawning, menu issues the list is relatively short but my list goes a bit longer.

– load times are HUGE! some times ill get in to the round 1/4 of the way thru just because of loading

In summary it’s smooth but not for all hopefully they patch it soon because just like battlefield 3 it had issues but by the end it was fixed.

But on the brighter side of things the map design and layout is near perfect, maps like Siege on Shanghai, Paracel storm and Hainan Resort have allowed for Jaw Dropping moments like the first time the storm rolls in and causes chaos when this is heavy rain and machine gun fire are coupled it can get quite daunting for those who are new but seasoned pros cakewalk

I will not give a score for the Multiplayer as i haven’t played enough and a score would have to be changed every time a patch comes out. 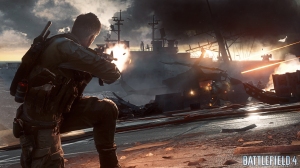 Ok now some people have trashed the singleplayer calling it “Mediocre” or “lacklustre” but its not half bad for this kind of shooter if people were expecting Bioshock infinite or Uncharted they were severely misled or expects to much from a franchise which gets its replay ability from its Multiplayer however it is a step up from its predecessor Battlefield 3 which had a singleplayer that was forgettable.

The characters are more memorable then the last and have a better feel about them i remember their names and what their feelings were toward the high impact decisions that they made. For instance in the early shanghai mission as Irish calls out to the nearby civilian boats shouting “Follow us we’ll get you to safety” a feeling of admiration and a near tear-jerking moment happened, because don’t we all want to save everyone we can I know that Mass effect 3 pulled at this same string. These serious moments are coupled but some humour which is reminiscent of Battlefield Bad company 2.

Their are still issues obviously some of the dialogue seems to have been glossed over and this in turn effected the over all story with a few issues here and their and on top of this chunks of levels don’t load and after restarting from checkpoint more issues arise.

In Summary its not a brilliant storyline but its not as mindless as something like Serious Sam but it does touch on the Hard decisions that have to be made by operators dropped in to hostile situations.

For the singleplayer alone i’m giving it a 7.8/10. But as i’ve said earlier this game isn’t made for its singleplayer its made to be the Earth shattering, grenade spamming Hulk of a multiplayer and it does it well.