Bodelshofen. This is where a very good friend of ours lives now. It’s a good 40 minute drive from where we live in Stuttgart and the place that we gave up the Stuttgart fireworks for. It was well worth it, too.

On the one hand, I love that in a super strict country it is totally legal to buy (approved) fireworks, but on the other hand it can be a little scary when say, the remnants of a small rocket land at your feet as you are walking home. But other than that, it’s plenty of fun! 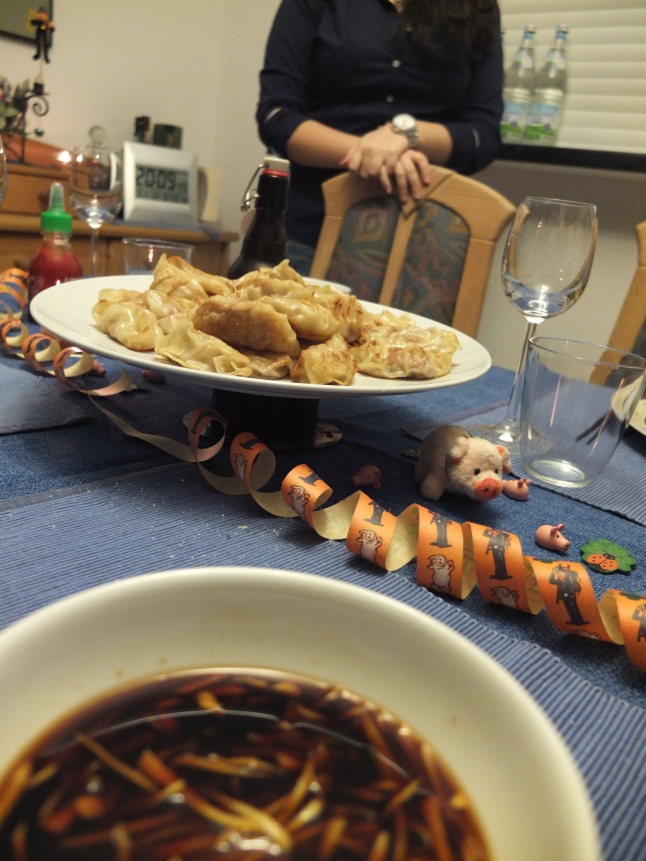 For dinner we had some home-made dumplings because…well, because they’re delicious and one of our friends hadn’t tried them before. About half an hour before midnight we walked up to a nearby golf course, up to a hill and set up for the show.

Our fun for the night – rockets, etc

Of course, being Australian I have never encountered this many personal fireworks in my life but the rest seemed to know what each firework could do. The rockets basically shot up into the air and had different effects, some glittered, some were red, others blue, and the others green. Some smaller ones you just lit up while holding them and then you threw them away from you. There was also a nice little one that you placed on the ground and lit up and it would spin around and make a nice pattern, and others that spun in the air like a UFO. Next time I’m definitely getting something I’ve seen before but is totally awesome. It’s a box full of fireworks and you just light it up and there are 50 or more fireworks that just keep shooting out one after the other. Less work, more reward.

I already thought that the view of the fireworks was amazing as it lit up all around us, but it was midnight that was truly breathtaking. It was non-stop and 360 degrees of fireworks. I didn’t manage to get very good shots but it was great. Here’s a (blurry) idea of what it was like: 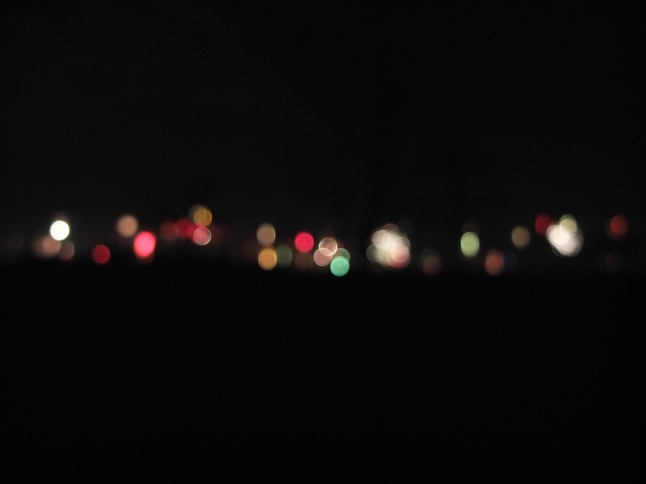 Walking home, it was still dark but it was nice to be accompanied by little bursts of light here and there.

If ever I could recommend you something, especially any Aussies out there (or anyone who has never launched their own (legal) fireworks…try it out in Europe! If possible, spend New Years here. It’s definitely an experience.