I am a late night listener, sometimes I listen to music when I read or I listen to ASMR triggers to relax and find those elusive Z’s, more often than not its with a good pair of headphones like the Sennheiser HD-25-1 II. I love headphones and earphones, I have a host of them and all of them are perfect for something so as you may have guessed none of them are perfect for everything. Rewind, it’s night time and I am lying down with headphones or earphones on and some sort of relaxing, soothing music or ASMR video playing and I am growing sleepy, maybe I shift around a bit and then strangle myself with the cable accidentally or the cold glossy rubber of the cable awakes too many synapses. I am endeared to good sound but cables ruin the experience, equally annoying is the pack up of said cans when I am done and half-asleep, it’s not elegant and destined to undo the very thing it helped me to achieve. 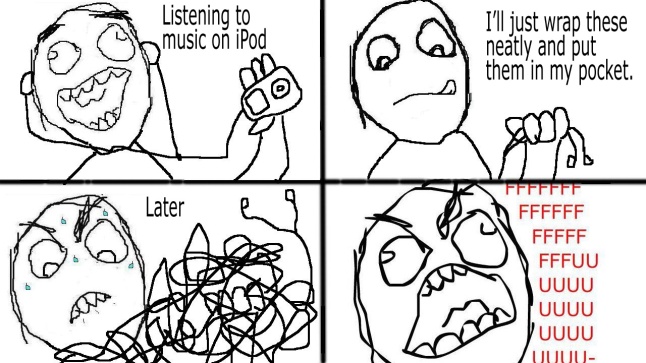 Warp to another time and another place, let’s try the plane journey to Perth from Sydney. You get seated in your designated seat and relax, fumble in your pocket or attache case (if you’re like that) for the headphones and then you remember you already took them out and you’re sitting on them. After reaching around and nearly tearing the cable in two due to the incredible force you just put on them to avoid standing up as you decided to sit on the window aisle and you like windows to see the clouds, you end up with a birds nest of cable with knots that you could swear were done by some sort of invisible being sent to torture humans via cable mishaps. You could be indifferent and just put them on, knots and all and end up with silly looking marks under your chin for which you say don’t ask, my name is Aldo Raine, or you could be pedantic like me and go about the next 15 minutes untying all the knots and carefully inserting the buds into your ear with sound cancelling firmly on and determining if the cancelling function actually works. Yes the engine noise is muted, woohoo we are going to have a relaxing flight in.

With the examples above, 3 different head/ear-phones were used because kind of like cars it’s difficult to be a jack of all trades. Some are great for music while others excel at surround sound which is great if you’re watching movies and playing immersive games like first person shooters so you can pinpoint where your enemies are. More often than not the great surround headphones can’t quite match the quality of music reproduction like a good set of monitor headphones can and monitor headphones can’t give you the additional spacial awareness that something like the Astro A40 can. And for 2 of those situations neither has sound cancelling so both of them would have been useless in a plane. At this point there may be thoughts that I have found the perfect set… alas no I have not. What I have done is found something that does 2 things quite well and one thing not at all so, result plus 1 because I can avoid looking like the headphone wire serial murderer got the better of me.

This was a surprise as I generally don’t go for new fangled wireless tech when it comes to audio, systems from Turtle Beach or even Astro’s A50 wireless headsets did not wrankle interest from me mainly because of reviews stating a considerable amount of range/static/quality issues or I already had an Astro and did not need the same thing except wireless, give me static free listening with detachable cabling and decent response ranges anyday over the convenience of wire-free. And yet the plane and pillow+mattress haunt my thoughts, what if I could have great sound and no cables to harass me? why can’t there be just pleasure and no pain of getting it set to go?

Astro Gaming says yes to this by answering that challenge and making it a full BlueTooth headset with in-built mic and the ability to control playback and last for 20 hours and 15 hours of talk. On top of this I think it looks pretty good although you must know that the programme is in beta phase so you get basically half off the price for the chance to be an oversized headphone wearing, labrat… genius.

It looks clean and sharp and grey.

Build quality is great with a nice soft touch plastic all over the headset band and speaker cup surrounds. The leatherette on the earpiece is soft and compliant and puts me in mind of my older and rather expensive Bose QC3. The buttons provide good feedback and the lights are subtle and built into the groove between the pieces that combine to enclose the speaker box. Mine is grey because I am not outgoing enough to get the white ones but I think the scheme with blue highlights puts me in mind of the Decker crew from Saints Row 3 and 4. It’s minimal and stylish and I probably look ridiculous but I am quite comfy with them on for at least a few hours until my ears heat up.

The control buttons and lights are located on the back of the headset so if you did need to look at them they would be right where you can see them when you have them in both hands and are about to put them on. The buttons are also in the natural position if you were say thumbing the back of your ear. Small ridges allow you to distinguish the end of the buttons as they are arranged 2 per side so simply slipping your thumb north or south you can tell which button you are on.
These control buttons are well placed however the multi-function (MF) button has function issues (Alanis take note) that I might get used to as time goes on however I would prefer they were similar to most headsets. The function to skip a song is 2 taps of the MF button and to go back a song it is 1 second of hold. I don’t know about you but I have trouble at the best of times with holding for 1 second as opposed to 2 so each time I try to go back I go to the start of the song and then as usual expect to invoke the same function again to go to the previous song at which time the 1s hold has brought me to the start of the song again or started the pairing mode because I am stupid. I would have preferred 2 taps for back and 1 for forward, 2 taps I can do easily and rather quickly, the upshot at this time is that this is still beta so hopefully my feedback is heard.

Rear view: the buttons are well within reach and easy to figure out which you are touching

Ok so maybe I will be using the phone/laptop to change song until they fix it which is completely fine because sound quality. I skipped the preposition simply because sound quality is so important that it is a statement all on its own. I tested the Astro A38 against a similarly sized opponent in the shape of the Sennheiser HD-25-1 II often touted as industry standard in monitor headphones, the quality of sound reproduction is brilliant with all audible frequencies catered to, putting a pair of these on and playing any song especially FLAC files gives you excellent representation of mids highs and lows. The A38 sounds good it has great punchy bass response with clear highs and reasonable mids. Listening to rock music gives you great clarity on cymbal hits and strong punchy bass on the drums. Movies allow subtle channels to still be evident although not really spatially distinct save for left and right. Holophonic sounds are  well represented and you feel immersed into the situation, this happens to be where the HD25-1 II’s actually aren’t that good. Going back to the HD-25-1 II’s I feel like there is definitely an additional layer of clarity and frequency separation with sharper still bass response that proves why it is the gold standard however it’s not as far away from the A38’s as you’d hope considering the price point at the time of the beta program (USD 119.00). That will change when the final production model take flight at USD 229. 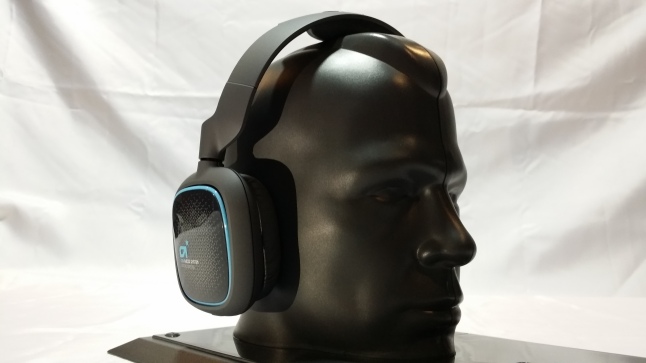 You’d look good too if your complexion matched your cans. Speaker “tags” as Astro call them are removable and also customisable. Now you can have your favourite insignia outside your ears for the world to see

I haven’t tested the sound cancelling feature (that seems unable to be turned off) extensively yet however with some basic ambient noise like my desk fan or external white noise out my window I have found them to be considerably muted to almost non-existent when slipping the A38 on. Once again the on-ear pads felt very similar to that of the Bose QC3 and that is great in winter but sure to warm up quick in summer so I wouldn’t suggest this for the active crowd. Pinch force is firm however not overly so as to make your ears ache but that is my intermediate oval head size, you on the other hand have a lovely head shape and would be even more comfortable I am sure.

To me the idea of a beta test of a near production unit with the chance to trade them in for full credit to a full “1.0” model was too good to pass up. I am excited by what Astro is doing in the gaming space and this is an expansion of that with a headset that can cater to the mobile gaming crowd, a crowd that is huge as everyone and their aunt has a smartphone. If you’re like me and don’t mind trading in the cables for some wireless hi-fi love then you might want to check out Astro’s website to get yourself a pair of A38’s.