Hello, my name is Shaun and I am a closet comic book fan. Why is that, maybe because I took an immediate shining to imagery, chasing stuff by Jim Lee, Michael Turner, John Romita Jr, Frank Miller, Greg Horn, Joe Quesada or Bryan Hitch to name a few. A lot of that was mainly due to aesthetics, the comic was usually a good read because top talent more often than not is paired with great writers like Mark Millar or Jeph Loeb but I reveled in the beauty of the frames and intricate detail the penciller puts into each scene, they were never lazy or ambiguous, always fully realising shots of a moment in time. 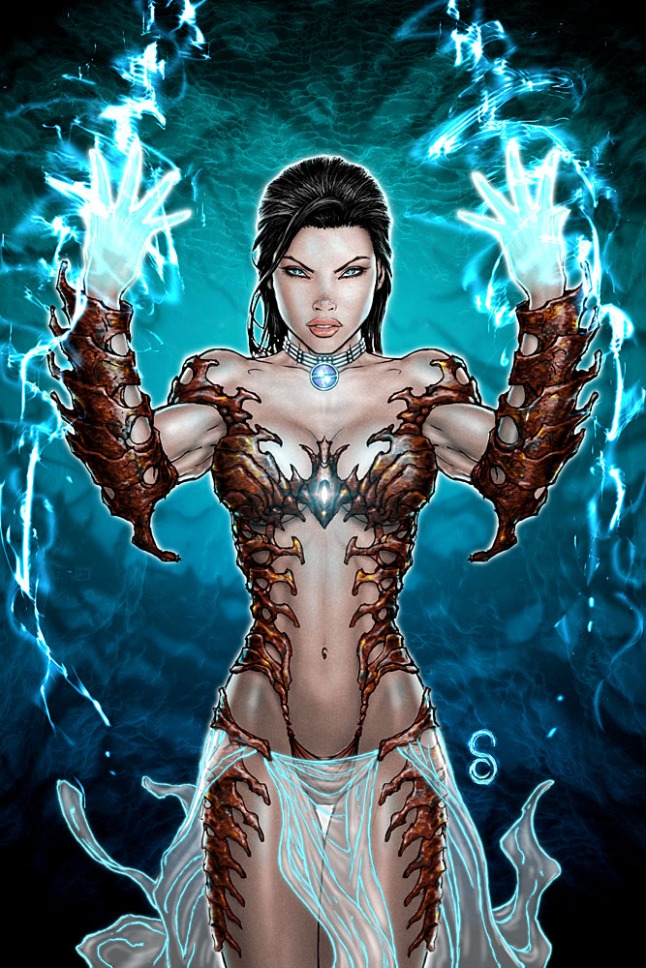 Frank Miller’s Sin City, stark yet amazing imagery, Frank does more with few lines than other artists do with 10 times this

Greg Horn to me is the king of the pinup, drool worthy panels, almost photo real. Greg specialises in creating covers like this for Elektra. 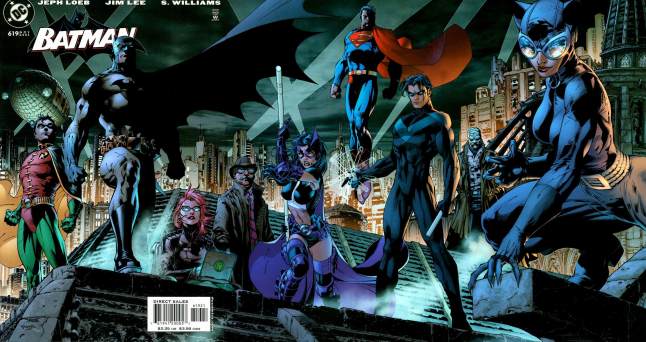 Jim Lee’s style is well suited to the dark world of Batman, his work on Hush was what inspired me to start reading comics. It was also my first hardcover trade, presented beautifully in 2 volumes. I liked it so much I found myself Batman 619 with this cool fold out cover, such epic.

Joe Quesada’s Daredevil was hard hitting and tough, covers like these promised a lot and delivered. This is the front cover of the Daredevil: Father series that depicted a much tougher, broader looking Daredevil, recommended read.

That was me for the longest time, I only ventured into Phantom Zone (the most local comic book store I had) when a new release that I wanted was on the shelves. Other times I stayed away like a jilted lover only returning when it became too much to stay away. Every time I went back I was once again out-of-pocket and clutching the latest copy of a trade I just bought (Trade = A complete or at least a volume of a story arc, multiple issues collected in one graphic novel, I can’t stand buying individual issues with all their ads) carefully in my hand. My obsession with quality and preservation even dictated the day I would seek out my prize as rainy days would warp the pages and cause the trade paperback (or hardcover) to get all crinkly when you turn the pages and they would stay that way forever. I stored my comics in semi airtight glass-topped wooden boxes so they could breathe but I also placed sachets of desiccant so they would also stay dry, obsessive, yes very much so.

Anyway being as closeted fan as I was I decided my world of comic books would entail the buying and reading of said books and that was it (except on rainy days). Meeting other like-minded people was a scary thought… what if they were like me… what if I don’t like me? Frankly it was a scary proposition and I would not see it through, besides weren’t they all like Jay and Silent Bob? (I’m not like them so this already doesn’t compute).

This year the Oz Comic Con piqued my interest as I wanted to buy some merch from the many vendors setting up shop on site. That and over the last year I have seen so many pictures of Jessica Nigri in various cosplay thanks to my brother Justin that I am determined to see cosplayers in the flesh as it were. This is where I stop with the words and instead give you pics from the 13th September 2014, otherwise you’ll just say it didn’t happen.

I love this shot, Master Chief mucking around 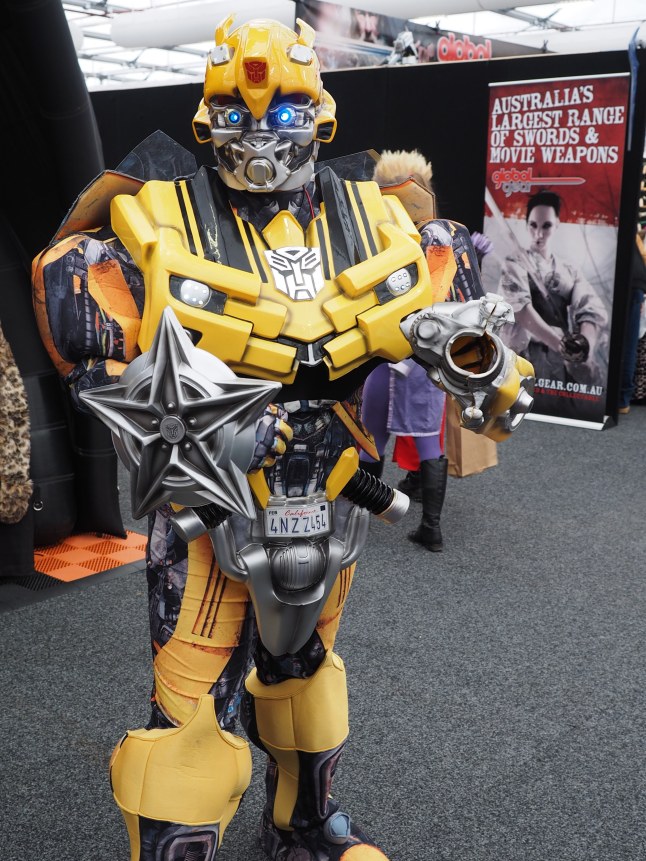 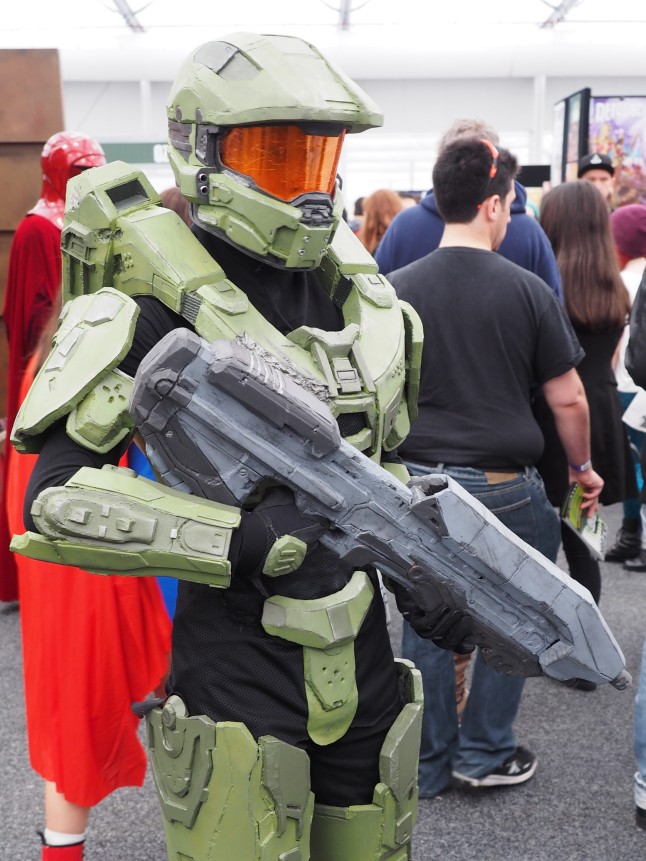 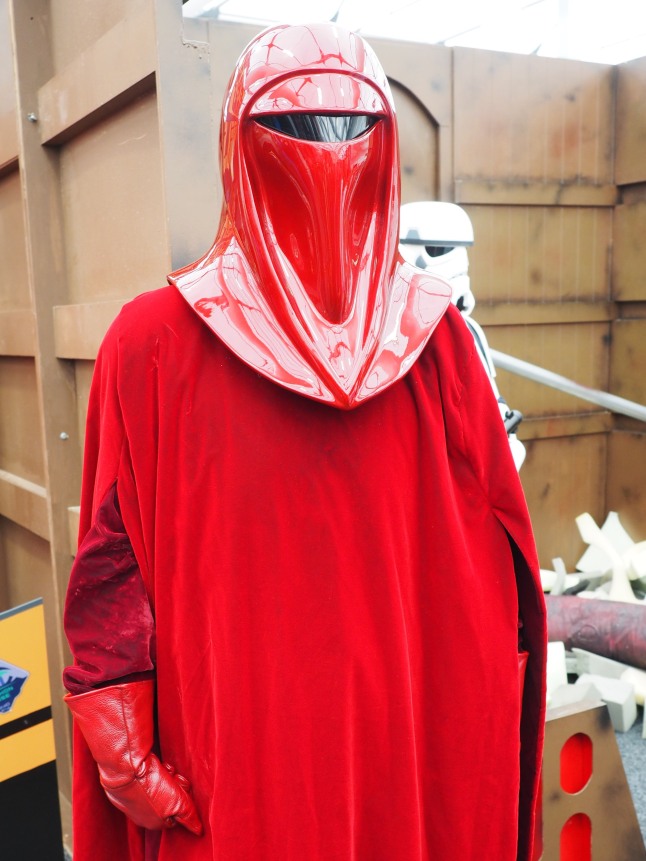 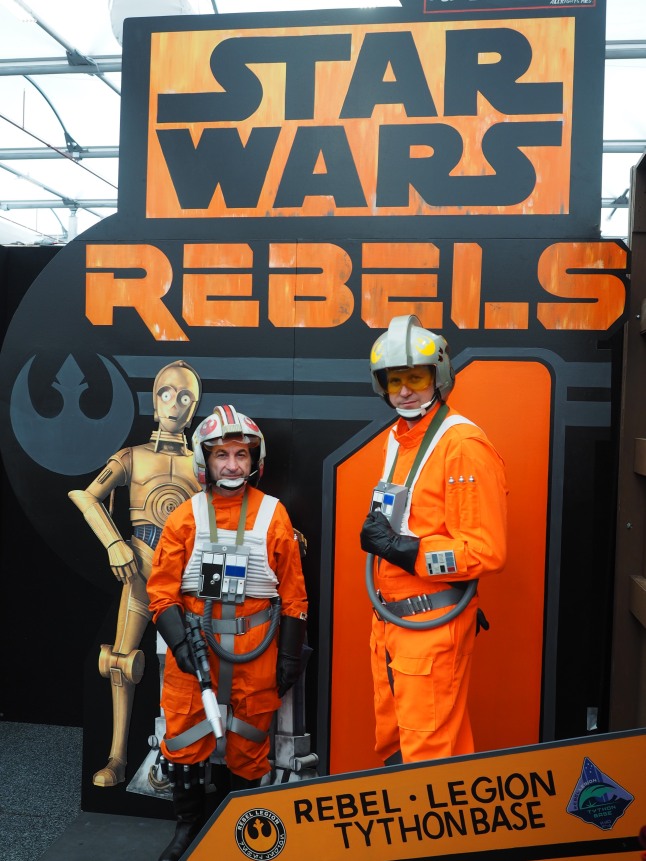 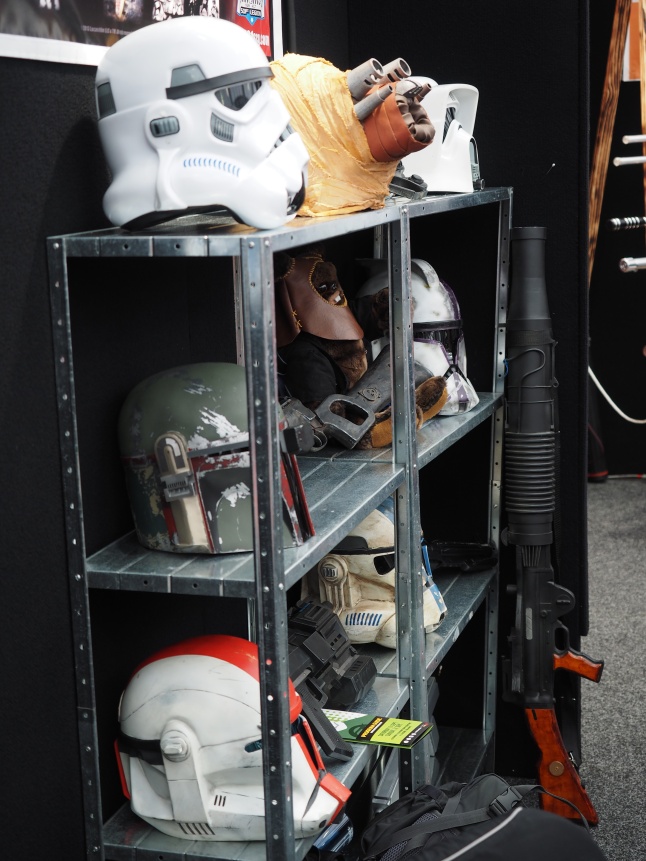 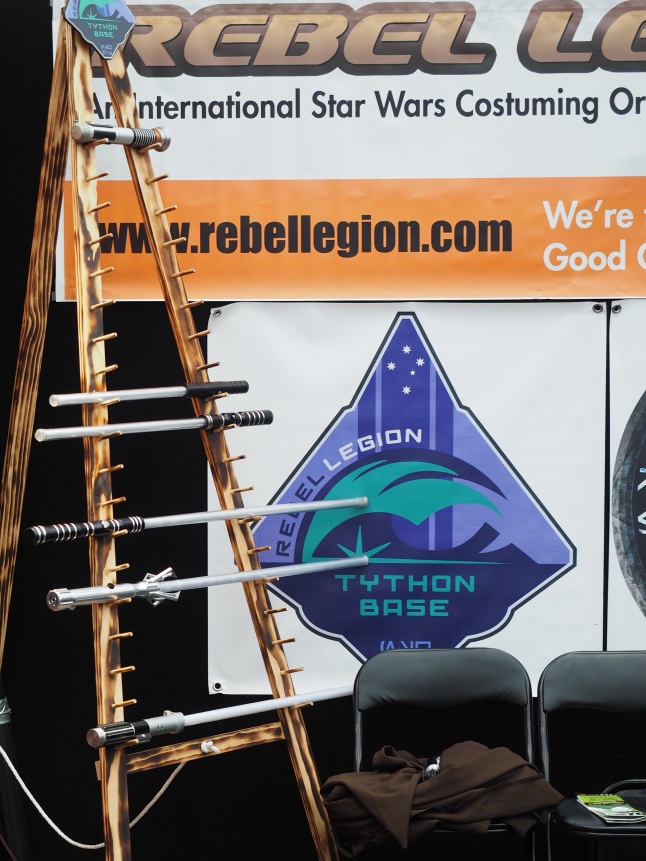 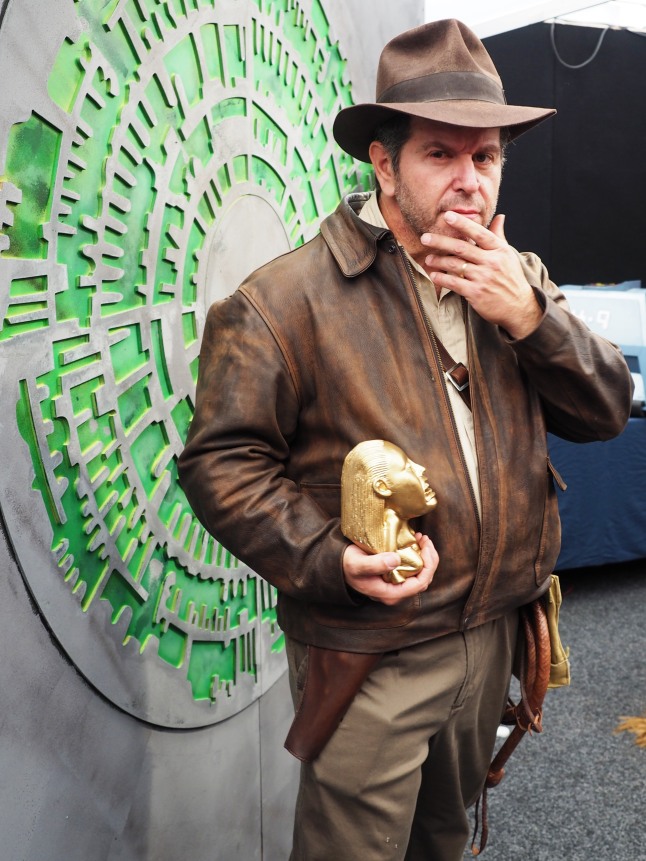 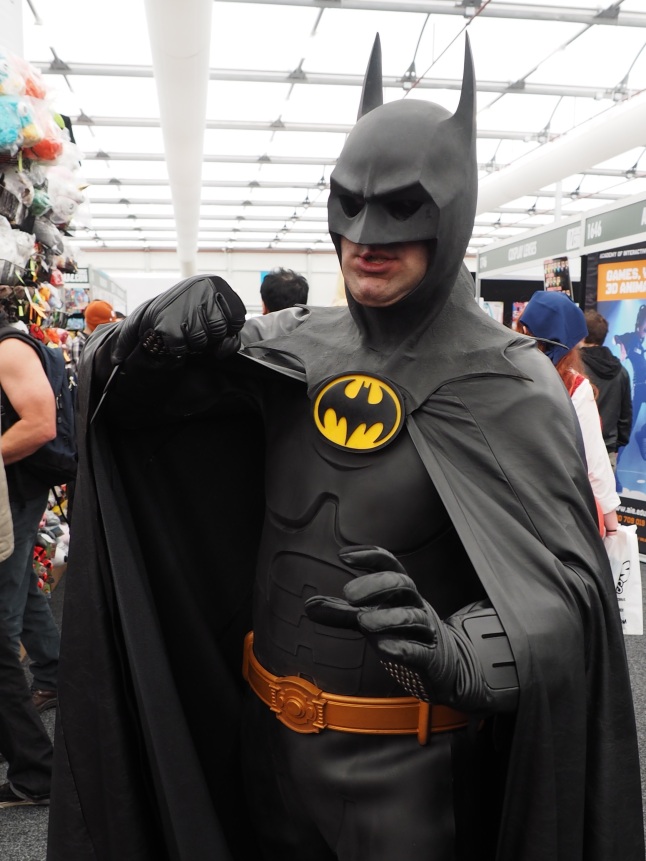 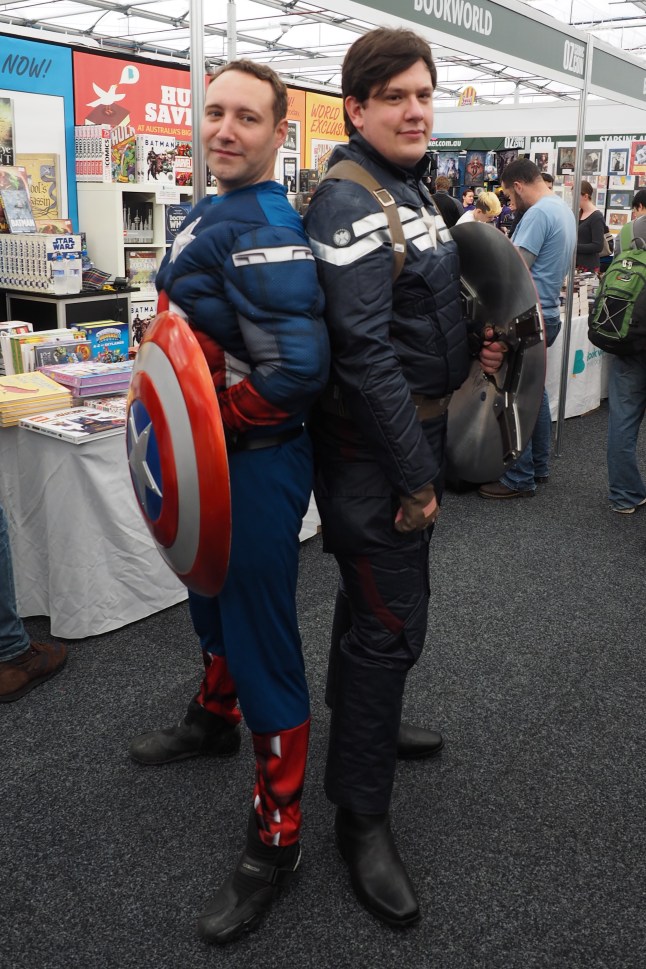 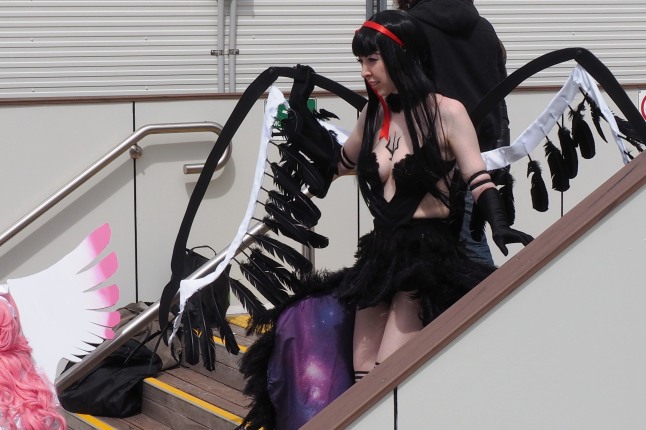 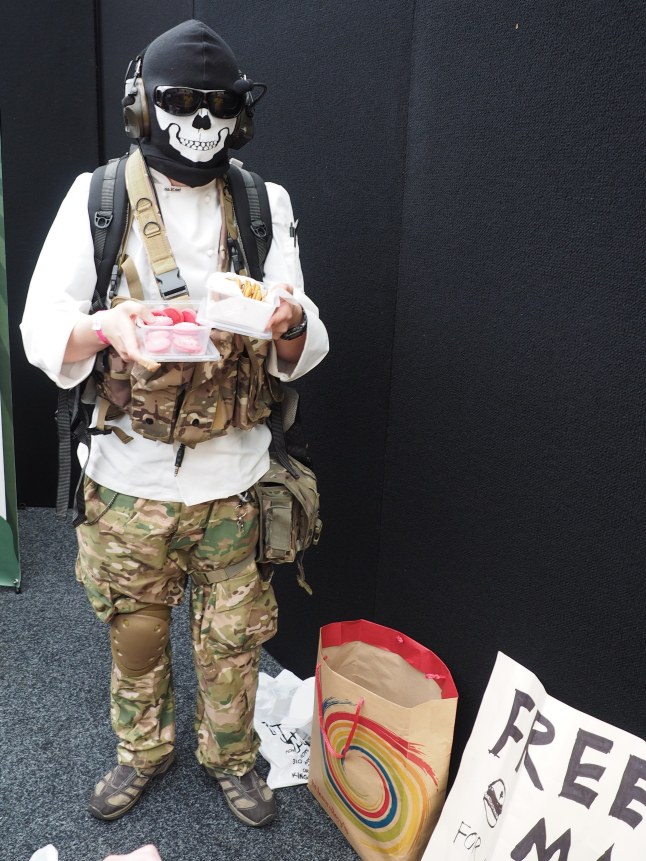 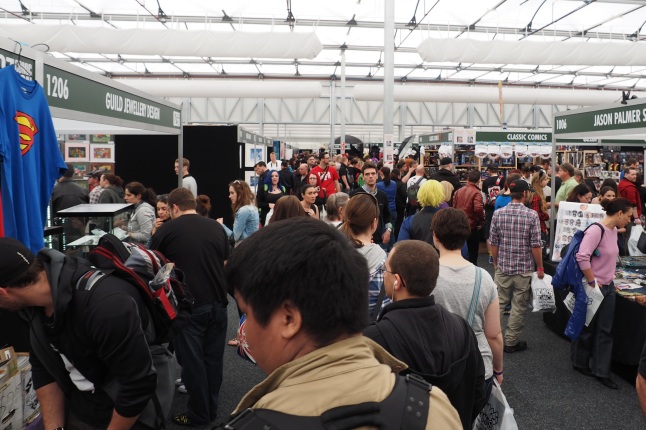 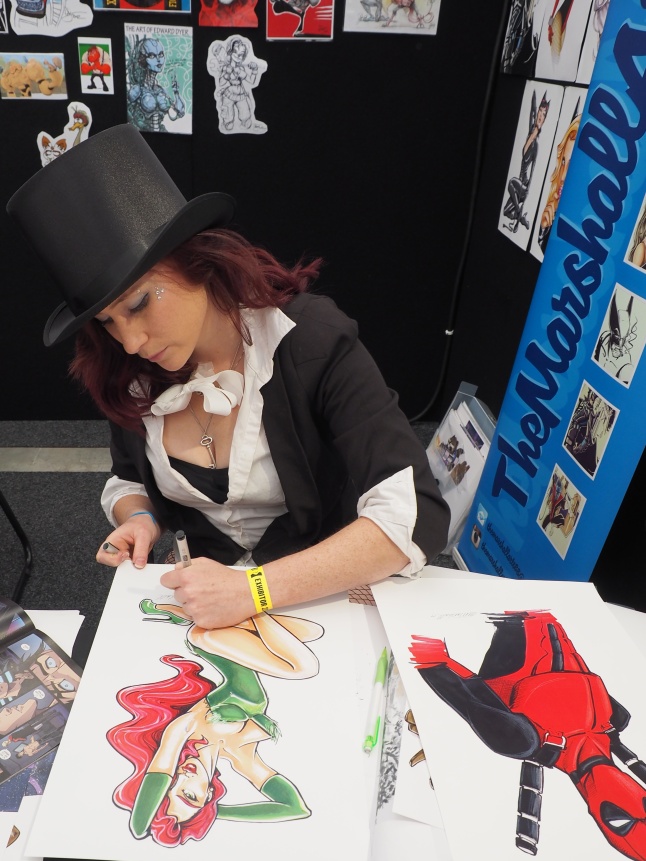 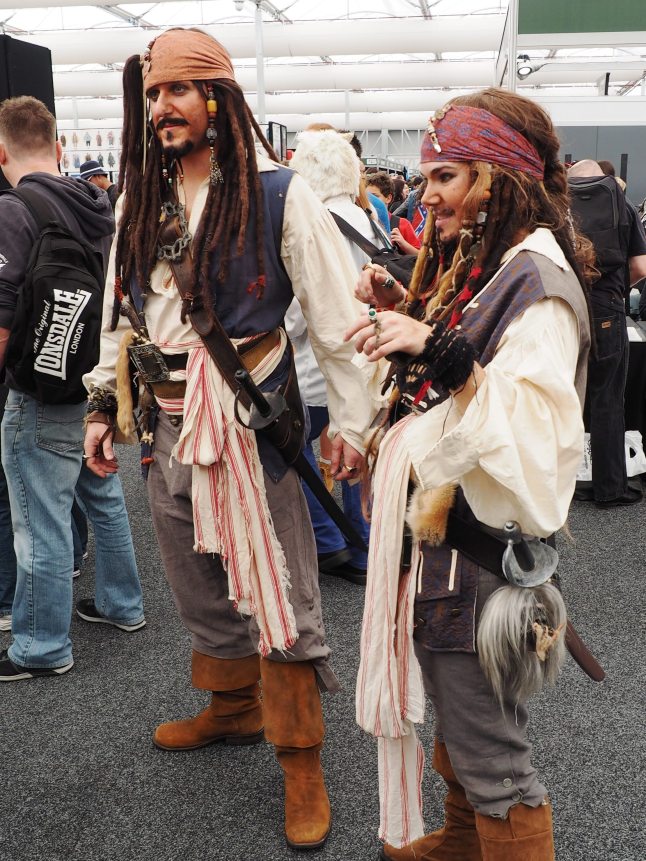