Learning a new language is funny. I’ve mentioned before that it sometimes takes the romance out of a language. For example, Blaupunkt? Sounded cool, exotic, right? Well, it is literally ‘blue dot’. Schwarzkopf? ‘Black head’.

On the other hand, literally translating languages proves for some hilariousness. Especially if you understand both languages. Sayings are the best in this case.

In my time here, I’ve learnt a lot of German sayings that ‘make sense’ in German or at least are well known but sound ridiculous when literally translated into English.

There’s even a range of postcards called ‘Forbetter your English’, poking fun at these translations. If you google it, you’ll find heaps of pictures of them! 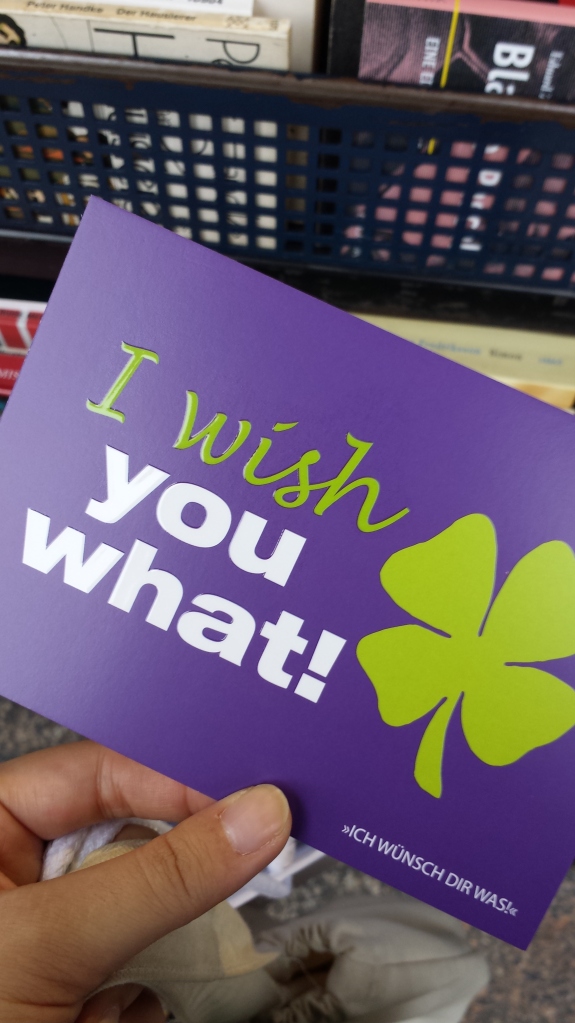 I wish you what!

Recently, for someone’s birthday I bought one that said ‘I wish you what!’ with a four leaf clover on it. The real saying is ‘Ich wünsch dir was’, which is a saying in this area of Germany. Even in German it doesn’t really make sense but everyone says it! 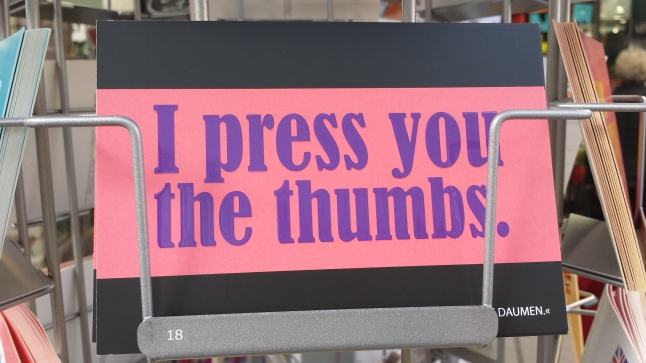 Recently, I was talking to someone about wishing people luck. In English, we cross our fingers, but in German, you ‘press your thumbs’. They even do the physical act of pressing their thumbs with the rest of their fingers instead of crossing them. If we had this saying, it would be that above: ‘I press you the thumbs.’ What?!

There are so many funny translations, and this is just German and English. Have you got any others?

One thought on “Lost in translation”