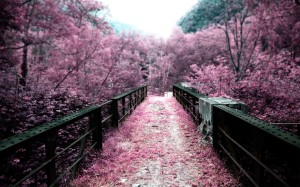 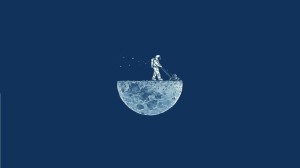 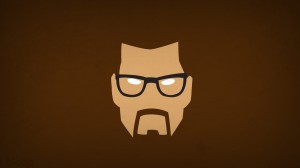 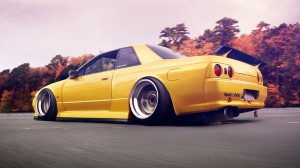 And the girl of the week is: Kristen Bell

Oh, how long we have waited to have more of that Veronica Mars wit. She was tough as nails, but then we discovered that she really was, just a marshmallow.

It’s been seven years since the TV show ended and despite re-watching the entire three seasons over and over again, it was time that we got a look into ‘Veronica Mars, 10 years later’.

The premise, as all fans/interested onlookers would already have heard about by now, is about Veronica, 10 years after leaving Neptune and Neptune High. She is living in New York, has left the private eye business and is looking forward to her future in the big city. However, a new case involving Logan Echolls, Veronica’s ex, headlines the news everywhere and she is drawn back to Neptune, just in time for her 10-year high school reunion.

But there is so much more to the film. I don’t want to give away anything that might spoil the experience for you, but I read in an interview that Rob Thomas wrote the film script for the fans, and this is so true. There were so many moments where I was grinning from ear to ear because there was a reference to the TV series. Many of the characters from the show made their way into the film, which was like seeing old friends again. Not only this, but there are totally random and hilarious cameos.

Of course, seeing the TV series is not a prerequisite for the film, but if you have seen it, it makes it all that much sweeter.

Also, there is plenty of Veronica’s trademark voiceovers and snarky, witty remarks/actions. Just take one of the first scenes where Veronica quickly and casually takes down a sexist rival by flipping him the bird and then using it to apply lipstick. Ah, you’ll see what I mean. Also this:

Original enough for ya?

Seeing the film, it was like an extended episode of Veronica Mars rather than a full film. Yes, it is filmed a little differently and it’s basically one main case that is solved, however I found that it left many questions unanswered. At the end, I was left with the feeling that we had just had a nice little reunion, but it’s like the way was paved for either a second movie, or what I would prefer, a new season of Veronica Mars.

That being said, I would be worried that anything new (movie or series) would be in danger of ruining the show. There is something to be said about letting good things lie and quitting while you’re ahead. Of course, back then, in 2007 I would have liked a continuation of the series, but after all these years, I kind of like the status that Veronica Mars has achieved and maintained. It was a great show and will remain so. Let’s not ruin that.

All in all, as a Veronica Mars fan, I was happy that this movie was created and more happy to see how many other people around the world love the characters, the relationships and most of all, Veronica Mars herself. Since the series I have been a big Kristen Bell fan, and she just keeps surprising with her vocal talents, humour and passion. I’m glad that she, and many of the other cast members went on to do more.

I would have liked to have seen more of Wallace and Mac, but that’s just me wanting more of everything. Definitely a must-see.

I’ll be looking out for the book series that kicks off mid-March (just a few more days!). According to Thomas, the story picks up right after the movie. ‘The Ten Thousand Dollar Tan Line’ takes place in Neptune during Spring Break.

“When a girl disappears from a party, Veronica is called in to investigate. But this is no simple missing person’s case; the house the girl vanished from belongs to a man with serious criminal ties, and soon Veronica is plunged into a dangerous underworld of drugs and organized crime. And when a major break in the investigation has a shocking connection to Veronica’s past, the case hits closer to home than she ever imagined.”

A man searches the world for a set of mystic artefacts – 12 bronze heads of the animals from the Chinese zodiac. Now I saw this trailer ages ago but it has only resurfaced recently. its definitely a trailer to check out HERE its Jackie Chan in his usual comedic action.

The Hobbit: The desolation of Smaug

Continuing from the last film, The Dwarves, Bilbo and Gandalf have successfully escaped the Misty Mountains, and Bilbo has gained the One Ring. They all continue their journey to get their gold back from the Dragon, Smaug. and it is TERRIFYING if you know me personally you will know i hate spiders in any form its a great trailer as they bring legolas back from the original trilogy. Check it out HERE.

The first proper trailer for Frozen is out and its great if the film runs like the trailer I believe that kids and adults will have a great time with it. Featuring Kristen bell as the voice of Anna it should be a witty ride. Check it out HERE. 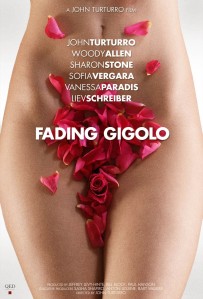 Fioravante (John Turturro) decides to become a professional Don Juan as a way of making money to help his cash-strapped friend, Murray (Woody Allen). With Murray acting as his “manager”, the duo quickly finds themselves caught up in the crosscurrents of love and money. Check it out HERE 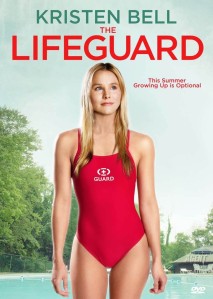 A former valedictorian quits her reporter job in New York and returns to the place she last felt happy: her childhood home in Connecticut. She gets work as a lifeguard and starts a dangerous relationship with a troubled teenager.. Staring Kristen Bell and Martin Starr Check it out HERE.

While on a grand world tour, the Muppets find themselves wrapped into an European jewel-heist caper headed by a Kermit lookalike and his dastardly sidekick. With Even more stars lined up for this film then the last there should be more comedy gold. Check it out HERE.

This short film by pixar is great it runs for 5 min it has no voice acting other then some noises but its great it is definitely worth a watch Check it out HERE.

First up we’ve got another featurette for Pacific Rim that explains the need for two people in the “Jaegers” the two pilots are connected by “Drift” where they share every memorie good or bad.

And also there is a Jaeger designer HERE

And this is mine 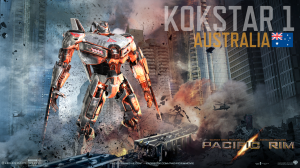 Steph: Justin has covered most of the upcoming films that I am excited about so I will attempt to write about some different ones that look interesting.

Ever since Veronica Mars, I have had a huge girl crush on Kristen Bell and I am super excited about the Veronica Mars movie. In the meantime, however, Stuck In Love is due to be released early June. The story is about a successful author (Greg Kinnear) who is obsessed with his ex-wife (Jennifer Connelly) and continues to spy on her despite ‘having fun’ with his neighbour Tricia (Kristen Bell). It’s a story about love and life explored through the relationships between him, his 2 children and his ex-wife with the colourful addition of Tricia who tries to help him back into the dating world. Watch the trailer here.

I studied way too much Shakespeare in school to really enjoy it anymore, but this seems interesting. This version by Joss Whedon was shot at his house in 12 days and uses the original text unlike many adaptations. The story is a comedy that follows the stories of 2 pairs of lovers that both have different views on love. There’s a little something here for everybody. It is also set for a June 2013 release and you can watch a trailer here.