A funny thing happened on the weekend. I met up with two people from my former high school in Sydney, here in Stuttgart.

END_OF_DOCUMENT_TOKEN_TO_BE_REPLACED

This past few weeks have been crazy busy. On the weekend, Michael and I celebrated our first wedding anniversary. On the same day, we re-celebrated his 30th birthday with all of our closest German friends. He was away in Munich from Thursday to Saturday and I got a taste of what life is like without him. Let’s just say that it’s definitely better with him.

And before that, my friend from Sydney came to stay for just over a weekend. She’s also moved to Germany now but only for about a year.

During her short stay in Stuttgart, we wanted her to try as many regional dishes as possible, so of course we knocked out some at home and three in one go at a restaurant: 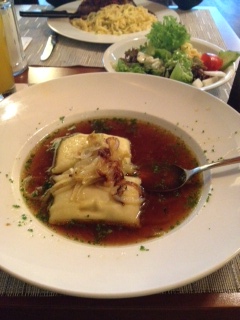 I had never previously given much thought to marriage when I was younger, but it’s fun sharing your life with the right person. Have a great week everyone! Hope it’s just as sunny wherever you are!